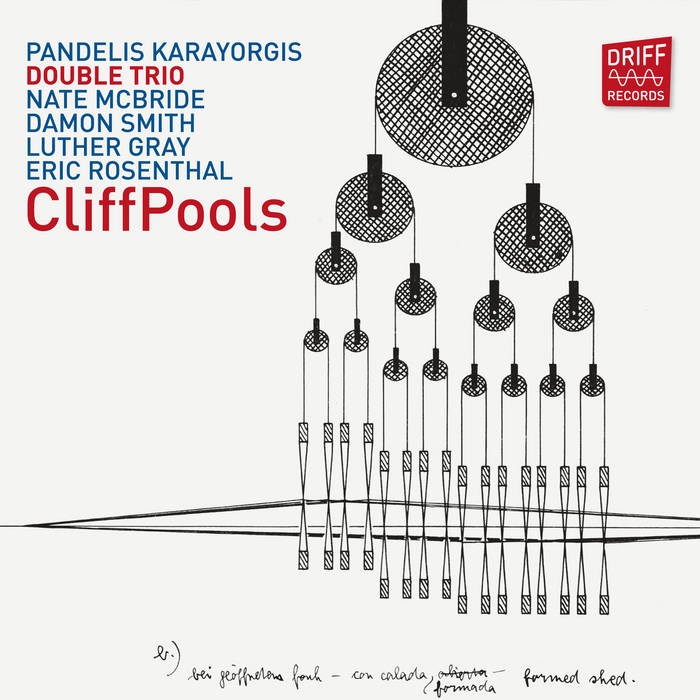 Can This Even Be Called Music?

First there was Cliff, a new trio with Damon Smith and Eric Rosenthal recorded in the summer of 2018. Then there was Pools, a trio recorded a month later with long-time music partners Nate McBride and Luther Gray. Both were released in the fall of that year on Driff Records. In the summer of the following year, it seemed only natural that we’d all get together to work on a double trio project with the unusual configuration of piano, two bass players and two drummers—and of course we named it CliffPools.

On this recording there are three older pieces of mine, as well as improvised tracks for which I had prepared loose sketches. Crucially, collective ideas on arrangements were suggested by all of the players during the session, and these gave final shape to the entire project. Among the five of us, there are many years of working together and developing a shared language. The music on this session is witness to that.

The beautiful cover art by Bauhaus weaving artist Lena Bergner—depicting the interaction between the moving parts of a loom—perfectly relates to how this music is put together.
Pandelis Karayorgis

Bandcamp Daily  your guide to the world of Bandcamp